Hire a campervan in Leicester

Satisfaction rating: 4.4 / 5 Excellent
Based on 2051 customer reviews on
Hire a campervanLeicester

Hire a campervan in Leicester safely & easily with no additional costs!
For each camper, the price includes:
Fully comprehensive insurance
all the equipment you need
Mileage agreed upfront guarantees no extra costs 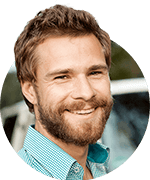 Leicester is a historically and culturally diverse city situated along the River Soar in the East Midlands area of Leicestershire county in central England and is the perfect location to start a family vacation with a campervan hire Leicester.

As you explore the city in your campervan hire Leicester, you’ll have plenty of opportunities to taste local delicacies, immerse in the arts and learn about the history. There are many attractions including The Jewry Wall, Abbey Park, Castle Gardens, Abbey Pumping Station, National Space Centre, and the Leicester Museum & Art Gallery.

Many visitors enjoy taking a ride on a steam train at the Great Central Railway or a journey by boat on the Grand Union Canal. Kids can enjoy a round of exciting mini-golf at Treetop Adventure Golf and solving mysteries along the Leicester Mystery Trail.

Whatever you’re interested in, you’ll find it in Leicester and no worries about keeping the whole family entertained because there are attractions for all ages all over the city. A campervan hire Leicester ensures that you can travel around the city in comfort and without hassle and when you’re ready to explore beyond the city limits, you can just hit the road knowing that you have everything you need with you.

You’ll also save money and time so you can focus on enjoying a family vacation in an amazing destination.

The Festivals that Display the Culture and History of Leicester

If you wish to tour the city and its surrounding areas in a campervan hire Leicester, this is the time of year that’s best to do it. Not only will you be able to take advantage of many outdoor activities and avoid the worst weather, but you’ll also be there when some of the top events take place.

Two noteworthy events include the Caribbean Carnival, which is the biggest in the United Kingdom outside of London, and the Leicester Comedy festival, which is the biggest of its type in the country. The Leicester International Short Film Festival is among the top film festivals in the UK, the Handmade Festival is the largest independent music Festival in Leicester and Bring the Paint is a unique festival that showcases street art.

Other popular festivals in the city include the Leicester Food and Drink Festival, Oktoberfest and Riverside Festival. While most festivals are family-friendly and feature activities for kids, there

are a few that cater specifically to the younger members of your travel party including the Syston Funtopia Children’s Festival and the Barefoot Festival in nearby Prestwold.

This is just a sampling of the wonderful festivals and events that take place in Leicester and traveling with a campervan hire Leicester is the best way to enjoy a combination of world-class attractions and exciting festivals.

When traveling with a campervan hire Leicester, you’ll have to deal with parking around the city and surrounding areas which can be tricky if you don’t know the rules about the various places that you can park legally.

The most important thing for you to know is that in England, all land is owned by someone and you can’t just simply pull up to a nice spot with a nice view and park there without getting permission first.

When it comes to parking your campervan hire Leicester is legal parking areas, there are car parks around the city that allow parking for a fee but you can only park there during the day for a set amount of time and there’s absolutely no parking overnight. Keep in mind that some car parks have height and width restrictions so make sure your campervan isn’t too big to park in some areas.

Several of these parking areas are park and ride car parks, which means they’re located close to public transit stops. So you can park your campervan for the day and easily explore the city without having to fuss about where to park throughout the day.

City parking is divided into six zones which are the north, south, east, west, central, and outer zones. If you’re unsure about parking, the best way to find a place that is suitable to park your campervan hire Leicester is to call the city and ask for advice before you arrive. Have various parking places listed and mapped out in advance so you won’t waste time searching once you’re there.

A popular way to acquire a decent parking spot for the night in England is to approach local pubs and restaurants and ask if you can park in their car park overnight. In exchange for dinner and drinks at their establishment, you’ll likely get the ok to park there.

When it comes to wild camping with your campervan hire Leicester, it could be difficult to find a spot completely off-the-grid unless you get permission from the owner. If you do secure

permission, arrive late, keep the site clean and quiet, park far from houses and businesses and leave early the next morning.

There are a few semi-wild camping areas outside the city including the New National Forest, where you can legally spend a night in nature with limited services and modern interference.

For families wishing to camp where they have access to comfort facilities, there’s no shortage of serviced campsites around Leicester including Barford Top Campsite, Purple Badger Camping, Topstones and Hill Top Caravan Park.

When camping around England in your campervan hire Leicester, it’s important to be respectful both towards other campers and towards the environment. There are some rules that should be followed to ensure you don’t run into any other trouble or create confrontation with other campers and residents. Below are some important things to remember when you park for the night:

Do talk to local people and authorities to find out about camping in the area. Asking others is how you’ll find those secret spots where no one will bother you and you can park in peace, legally.

Don’t start a fire unless it’s permitted and follow local rules regarding burning. Always make sure a fire is out completely before moving on and never leave it unattended.

Do keep your campsite clean and mind the noise whether you’re camping in the wild or at a serviced site.

Do arrive late and leave early the next morning if you manage to get permission to camp at a wild camping site.

Don’t camp anywhere that you know is off-limits and when asked to leave an area, do so without confrontation.

1. Peak District: A Drive Through Time and Beauty

The Peak District in Central England is a great day trip to take in a campervan hire Leicester because it combines a beautiful region filled with historic villages, stunning scenery and a National Park.

The area is characterized by natural features including limestone valleys, gritstone ridges, rolling

hills, moorland plateaus and gorges. These features are most prominent in the Peak District National Park, which offers family-friendly adventures that include hiking, canoeing, fishing, kayaking and other exciting water-based activities.

As you explore the park, you’ll see many species of birds and animals and find many ancient sites, including cairns and stone circles. Outside of the park, you’ll find many more attractions in the towns and villages of the area. Eyam Museum is where you can learn about the town’s dark history surrounding the Black Death and at the mining museum in Matlock Bath, you can learn about the history of mining in the area. Several caves can be visited in the area including Peak Cavern, Blue John, Treak Cliff, Thor’s Cave, and Speedwell. Children love to spend time at the Alton Towers Theme Park and Peak Wildlife Park. The village of Ashford-in-the-Water is a must-visit in the region with its medieval bridge, narrow streets and pubs.

Top Tip: Heights of Abraham is a large estate that opened in 1787 and overlooks the scenic town of Matlock Bath. This hilltop park can only be reached via a cable car that takes you across the Derwent Valley.

2. Leicester to Saint Just – A Scenic Journey through the Countryside to the Coast

The drive in your campervan hire Leicester from Leicester to Saint Just is a long one at five hours but it’s well worth it for the contrasting scenery you’ll pass through on the journey through the English countryside to the Atlantic Coast and the attractions that await at your destination.

Along the way, you’ll pass through the iconic town of St. Ives where you’ll find beautiful beaches such as Porthmeor, Porthgwidden, Carbis Bay and Porthminster. Other attractions in this area include Tate St. Ives Art Gallery, Penwith Gallery and the Barbara Hepworth Museum and Sculpture Garden.

Not far past this charming town, you’ll reach Saint Just and its pretty harbour and long sandy beach. Land’s End is a beautiful place nearby where you’ll enjoy spectacular coastal views and Geevor Tin Mine and Levant Mine are where you’ll learn about the mining history of the area. Other fascinating attractions include Porthcurno Telegraph Museum and Tanglewood Wild Garden.

Top Tip: You can take a voyage by boat to nearby Seal Island and observe a seal colony.

The drive to Hardknott Pass in your campervan hire Leicester takes about three-and-a-half hours from Leicester but once you reach the area, be prepared for a challenging, fun ride with plenty of

ups and downs and hairpin curves.

You’ll reach Wrynose Pass first, which is almost as equally challenging, and this is where you’ll find the Three Shire Stone, where the three area counties meet. At Hardknott Pass, the top attraction is the ruins of the Hardknott Roman Fort which was built in the 2nd century. Other attractions include Bowfell Hiking Trail, Illgill Head Hiking Trail, Stanley Ghyll Waterfall and Esk Pike where you can enjoy some of the best sunsets in the area.

Top Tip: Many of the hiking trails in the area are quite steep and difficult but there’s a way to get to a high spot without having to take a long, steep hike. The Eskdale Needle is a rock pinnacle that looks out over the Eskdale Valley and it’s easily accessible via a short rock close to the Wrynose Pass parking area.

Situated only a half-hour away from Leicester, Melton Mowbray is the perfect family day trip destination in a campervan hire Leicester. It has much to offer when it comes to attractions but it’s mostly known for its culinary pursuits, namely Pork Pies and Stilton Cheese.

Top Tip: A popular thing to do in Melton Mowbray is to stroll around the town admiring the ancient structures that include St. Mary’s Church that was built in the 12th century, The Anne of Cleves House, and the Burrough Hill Iron Age Hillfort.

Which is the right campervan for me?